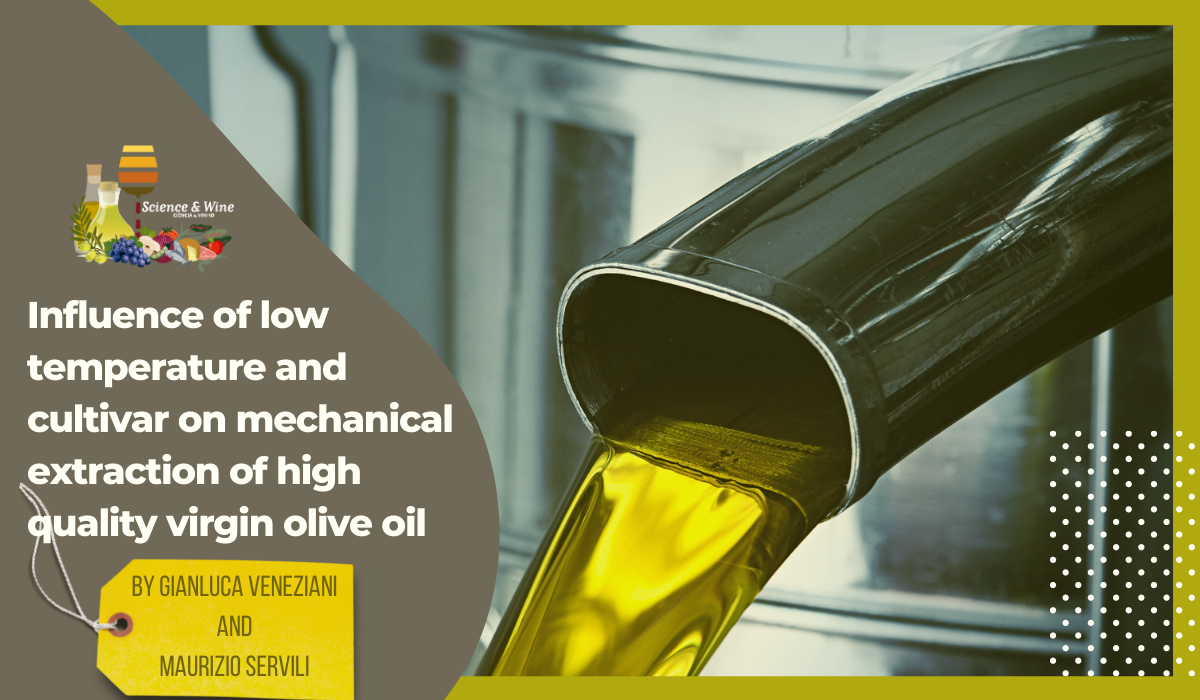 The malaxation step, one of the most important phases of the virgin olive oil (VOO) mechanical extraction process involved in the development of the main quality characteristics of the final product, was carried out at a low temperature (18 °C). The rapid control of malaxer temperature was handled with the same chiller as that of the heat exchanger used in a semi-industrial extraction plant. Low temperature was used during the full olive paste kneading process and also for half of this process, which showed that there was a significant impact on the phenolic and volatile contents of VOO. Trials were conducted on three different cultivars (Canino, Moraiolo and Peranzana), and their phenolic and volatile concentrations showed different quantitative and qualitative effects due to the prolonged use of low temperature after the crushing phase, as a function of the different genetic origins of the olives. The process of phenolic compound solubilization into the oily phase was negatively influenced by the use of low temperature during the entire malaxation period for all the cultivars, whereas the volatile fraction showed an improvement in VOO flavor mainly due to the oil extracted from Canino olives. 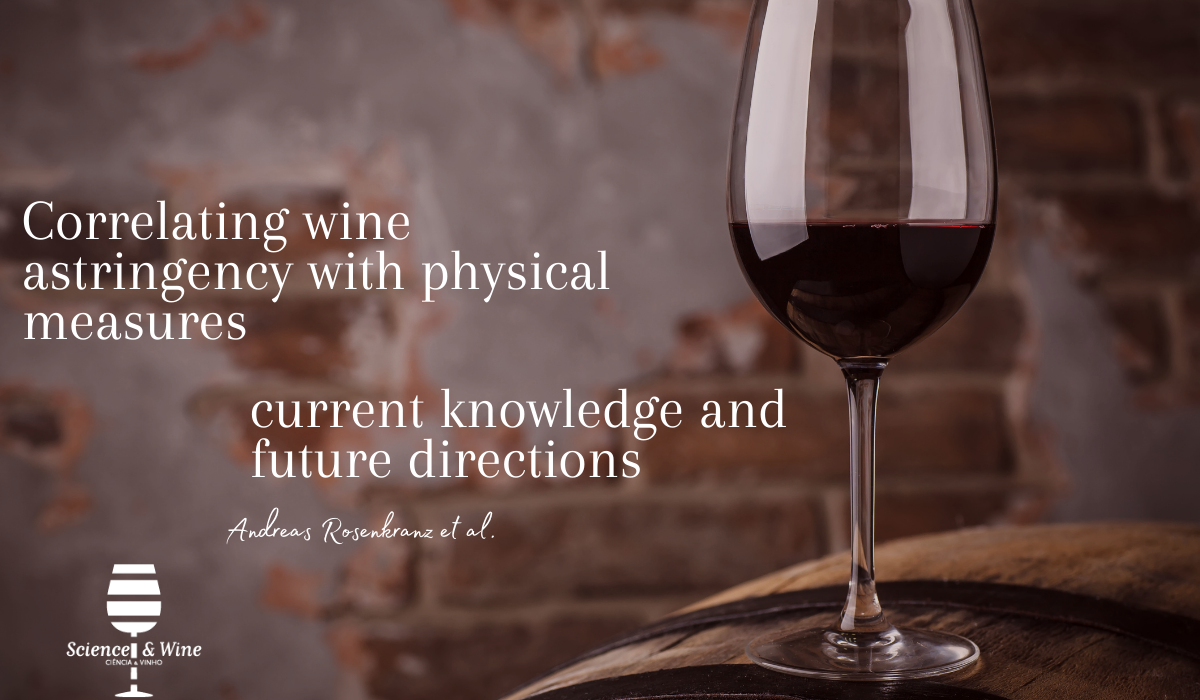 Oral tribology receives growing attention in the field of food sciences as it offers great opportunities to establish correlations between physical parameters, such as the coefficient of friction, and sensory effects when interacting with components of the human mouth. One important aspect covers the astringency produced by wine, which can be described as the sensation of dryness and puckering in the mouth, specifically occurring between the tongue and the palate after swallowing. Therefore, this post reports the resulst of a study which aims at shedding some light on recent trends to correlate physical measures, such as the coefficient of friction derived by oral tribology, with prevailing theories on underlying physiological causes for sensory perception of wines. Some successful cases reported the potential of correlating wine astringency perception with the coefficient of friction in tribological experiments. Our critical assessment demonstrates that the findings are still contradictory, which urgently asks for more systematic studies. Therefore, the authors summarize the current challenges and hypothesize on future research directions with a particular emphasis on the comparability, reproducibility and transferability of studies using different experimental test-rigs and procedures. 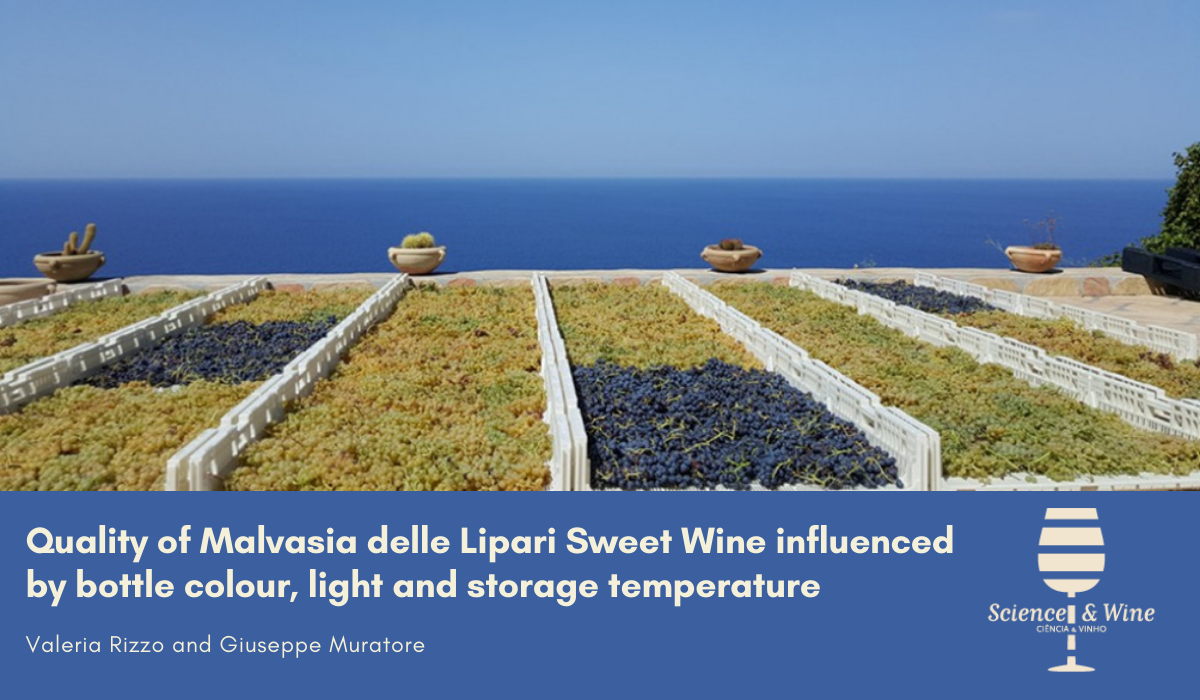 The influence of light exposure, bottle color and storage temperature on the quality parameters of Malvasia delle Lipari (MdL) sweet wine were investigated. Wine samples bottled in clear-colored (colorless, green and amber) glass were stored under different artificial lighting conditions, in order to simulate the retail environment (one cool-white, fluorescent lamp) and to perform an accelerated test (four and six cool-white, fluorescent lamps). The storage temperature was kept constant (25 °C) for the first 90 days of the experiment and then samples were monitored for up to 180 days at higher temperatures (30, 35 and 40 °C). The principal enological parameters, total phenols, color, 5-hydroxymethylfurfural (HMF) and 2-furaldehyde (2F) contents were studied. The shelf-life test pointed out minimum variations of the basic chemical parameters, while the quality attributes most affected by lighting were color, together with HMF and 2F levels which, hence, can be considered as indicators of the severity of storage conditions. 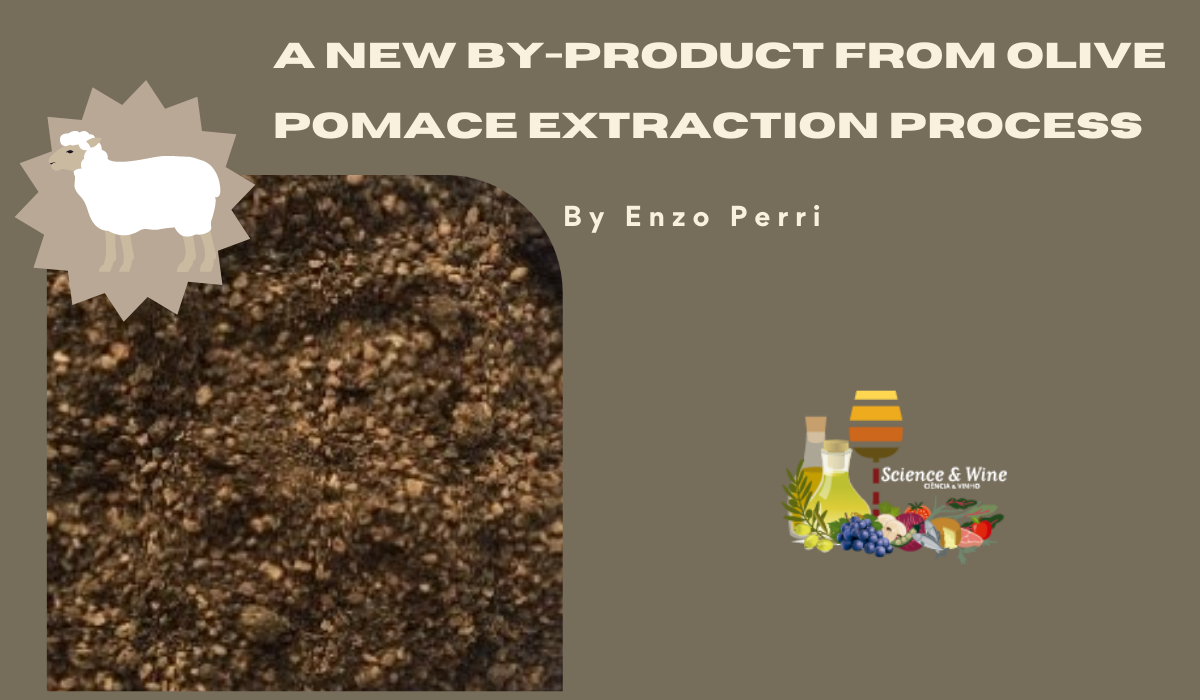 At present the olive oil industry produces large amounts of secondary products once considered waste or by-products. In this post, the authors present a new interesting olive by-product named “dried destoned virgin olive pomace” (DDVOP), produced by the pomace oil industry. The production of DDVOP is possible thanks to the use of a new system that differs from the traditional ones by having the dryer set at a lower temperature value, 350 °C instead of 550 °C, and by avoiding the solvent extraction phase. In order to evaluate if DDVOP may be suitable as a new innovative feeding integrator for animal feed, its chemical characteristics were investigated. Results demonstrated that DDVOP is a good source of raw protein and precious fiber; that it is consistent in total phenols (6156 mg/kg); rich in oleic (72.29%), linoleic (8.37%) acids and tocopherols (8.80 mg/kg). A feeding trial was, therefore, carried out on sheep with the scope of investigating the influence of the diet on the quality of milk obtained from sheep fed with DDVOP-enriched feed. The resulting milk was enriched in polyunsaturated (0.21%) and unsaturated (2.42%) fatty acids; and had increased levels of phenols (10.35 mg/kg) and tocopherols (1.03 mg/kg). 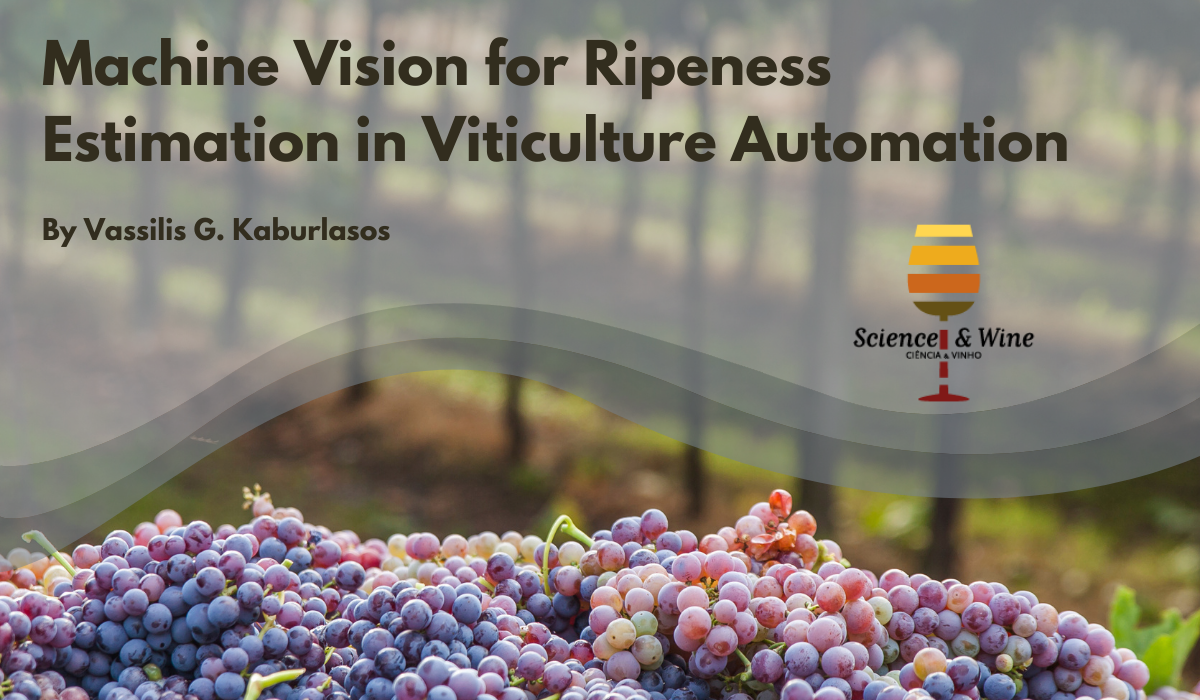 Ripeness estimation of fruits and vegetables is a key factor for the optimization of field management and the harvesting of the desired product quality. Typical ripeness estimation involves multiple manual samplings before harvest followed by chemical analyses. Machine vision has paved the way for agricultural automation by introducing quicker, cost-effective, and non-destructive methods. This work comprehensively surveys the most recent applications of machine vision techniques for ripeness estimation. Due to the broad area of machine vision applications in agriculture, this review is limited only to the most recent techniques related to grapes. The aim of this work is to provide an overview of the state-of-the-art algorithms by covering a wide range of applications. The potential of current machine vision techniques for specific viticulture applications is also analyzed. Problems, limitations of each technique, and future trends are discussed. Moreover, the integration of machine vision algorithms in grape harvesting robots for real-time in-field maturity assessment is additionally examined. 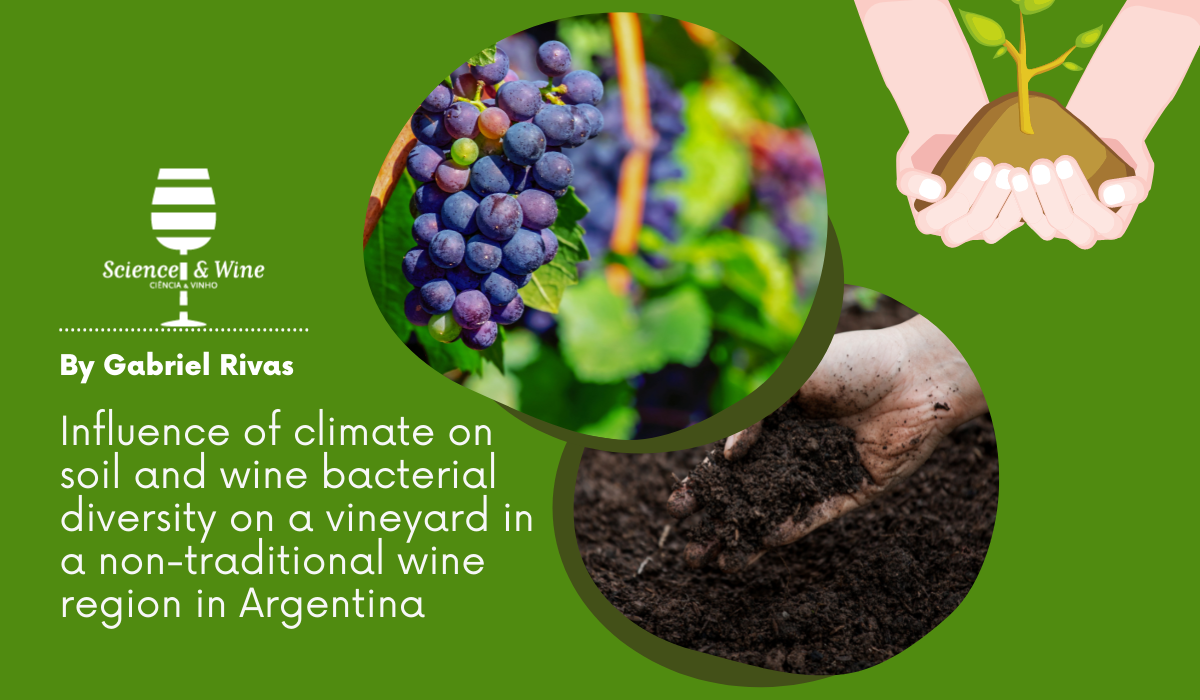 Argentina is the fifth world-wide wine producer, with an area of emerging importance in the Southwest of Buenos Aires Province, where climatic conditions are rather challenging. The authors of this post studied the variations in soil and wine bacterial diversity through three consecutive vintages, and how climatic conditions affected said diversity. During the years of the study there were two harsh climatic events, a prolonged drought that extended over two vegetative periods, and an unseasonable spring frost in 2017. The authors found that the bacterial diversity reacted to these climatic events, given that there was a shift in the taxa exclusive to soil and wine, and shared by both, through time. The results show a core of microorganisms in soil as well as in wine, belonging to different phyla that are conserved across the vintage years. A trend to an enrichment in Actinobacteria was detected in soil samples, whereas a high relative abundance of the Acetobacteraceae family and a scarcity of Lactic Acid Bacteria (LAB) were detected in the wine samples. The results of the study contribute to a better understanding of the impact of climatic conditions on the soil and wine microbiota and can provide vintners with valuable knowledge for improving their wine production. 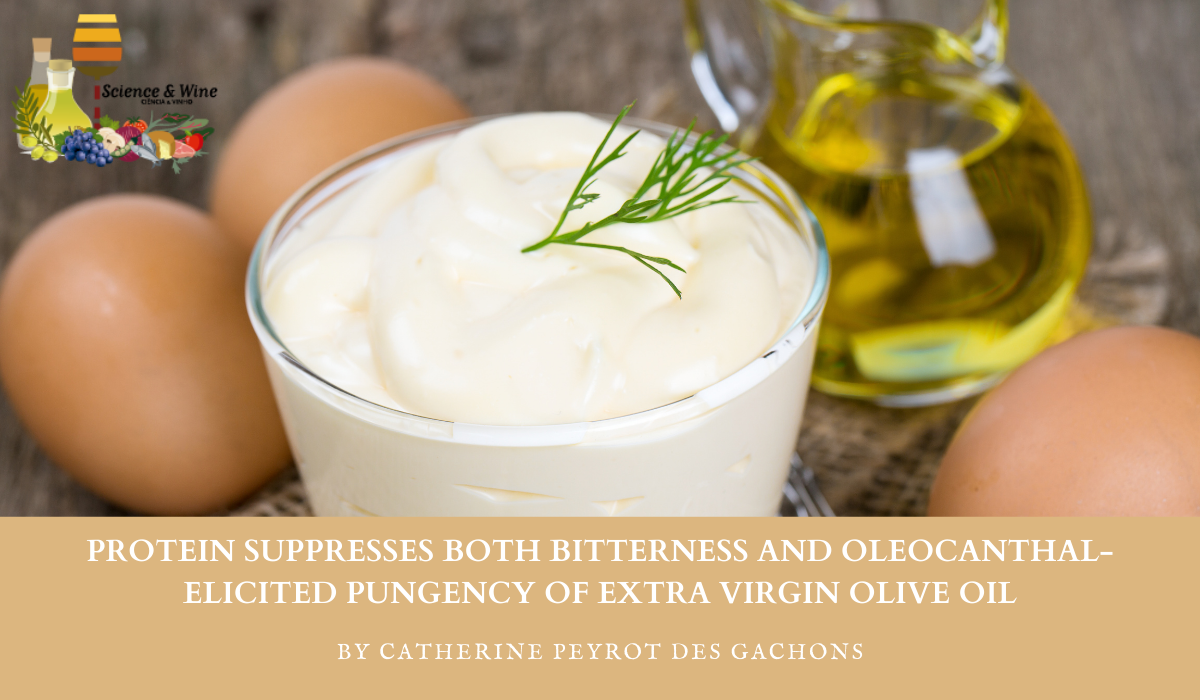 The Mediterranean diet, considered one of the healthiest in the world, is characterized in part by the major source of its fat, which is extra virgin olive oil (EVOO). Among the health benefits of consuming EVOOs is the presence of phenolic compounds, which have been shown to lower the incidence of coronary heart disease and are suspected of providing many other health benefits. These phenolic compounds also contribute to the flavor of EVOO, adding both specific pungency in the throat and bitter notes that are valued by connoisseurs but reported to be unpleasant by naïve consumers. Here, we demonstrate that some food-derived proteins, specifically from egg yolks and whey, when added to pungent and bitter EVOOs, reduce or even eliminate both the throat pungency and bitterness. The sensory loss is proportional to the food protein additions. Thus, when used in various foods recipes (e.g. mayonnaise), pungent and bitter EVOOs may lose their pungent and bitter characteristics thereby rendering them more palatable to many consumers. This sensory reduction might also indicate interaction between the proteins and the phenolic compounds, which, if confirmed, would raise the question of whether the bioactivities of EVOO phenolics remain unchanged when consumed with and without protein-containing foods. 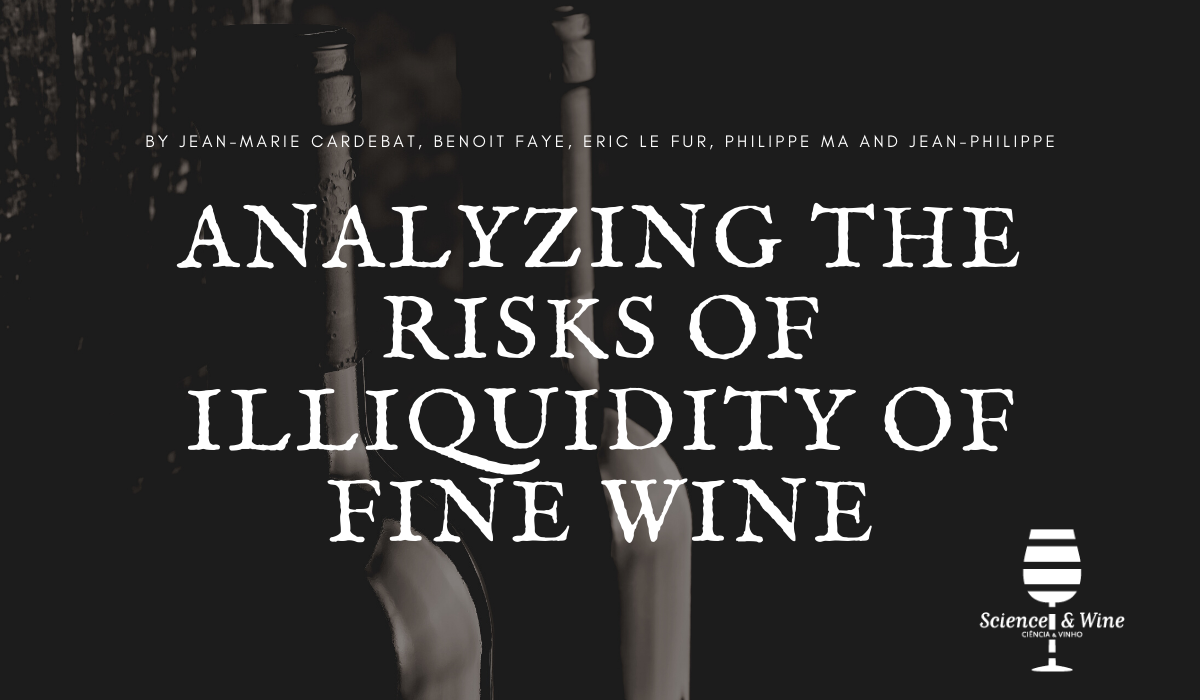 In this post authors summarize the result of a study in which they used a unique and very deep database to examine the performance of wine investments over the period 2003–2014. Their results reveal that the returns stemming from those investments are important but can largely be explained by their exposure to common risk factors. It appears essential to properly account for the lack of liquidity on the wine market and its exposure to global currency risk. Controlling for these wine market specificities and contradicting prior evidence, fine wines do not seem to offer abnormal returns. 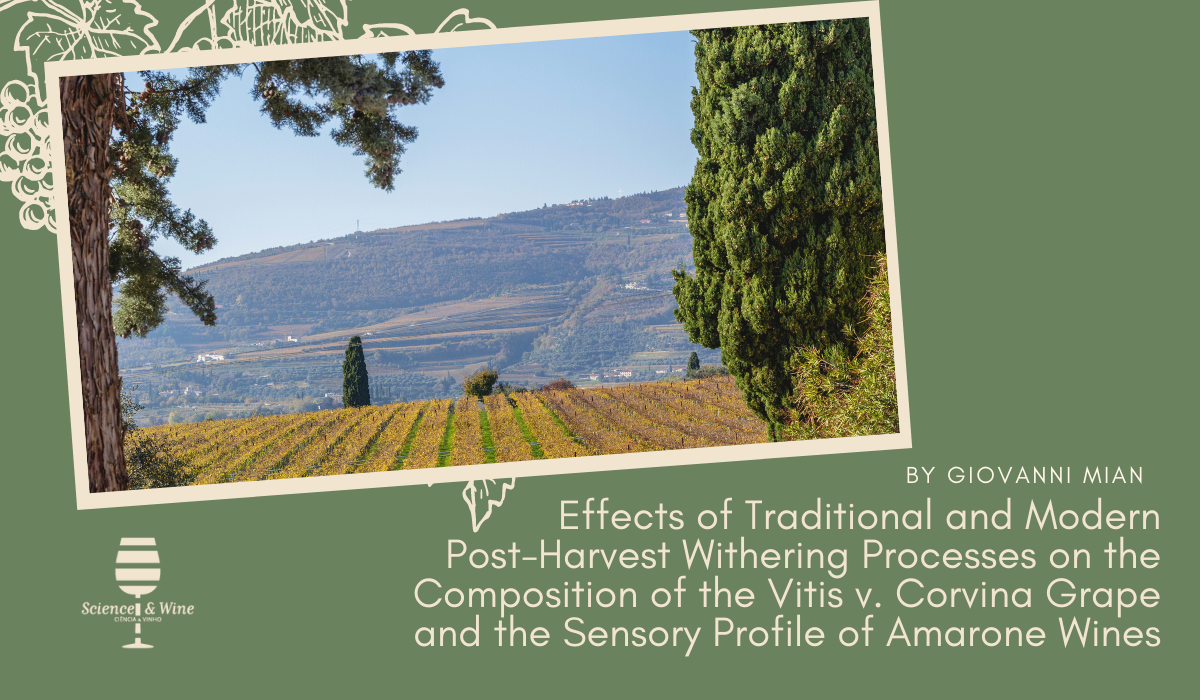 In the Valpolicella area (Verona, Italy) Vitis vinifera cv. Corvina is the main grape variety used to produce Amarone wine. Before starting the winemaking process, the Corvina grapes are stored in a withering (i.e., dehydrating) warehouse until about 30% of the berry weight is lost (WL). This practice is performed to concentrate the metabolites in the berry and enrich the Amarone wine in aroma and antioxidant compounds. In compliance with the guidelines and strict Amarone protocol set by the Consorzio of Amarone Valpolicella, withering must be carried out by setting the grapes in a suitable environment, either under controlled relative air humidity (RH) conditions and wind speed (WS)—no temperature modification is to be applied—or, following the traditional methods, in non-controlled environmental conditions. In general, the two processes have different dehydration kinetics due to the different conditions in terms of temperature, RH, and WS, which affect the accumulation of sugars and organic acids and the biosynthesis of secondary metabolites such as stilbenes and glycoside aroma precursors. For this study, the two grape-withering processes were carried out under controlled (C) and non-controlled (NC) conditions, and the final compositions of the Corvina dried grapes were compared also to evaluate the effects on the organoleptic characteristics of Amarone wine. The findings highlighted differences between the two processes mainly in terms of the secondary metabolites of the dried grapes, which affect the organoleptic characteristics of Amarone wine. Indeed, by the sensory evaluation, wines produced by adopting the NC process were found more harmonious, elegant, and balanced. Finally, we can state how using a traditional system, grapes were characterised by higher levels of VOCs (volatile compounds), whilst wines had a higher and appreciable complexity and finesse. 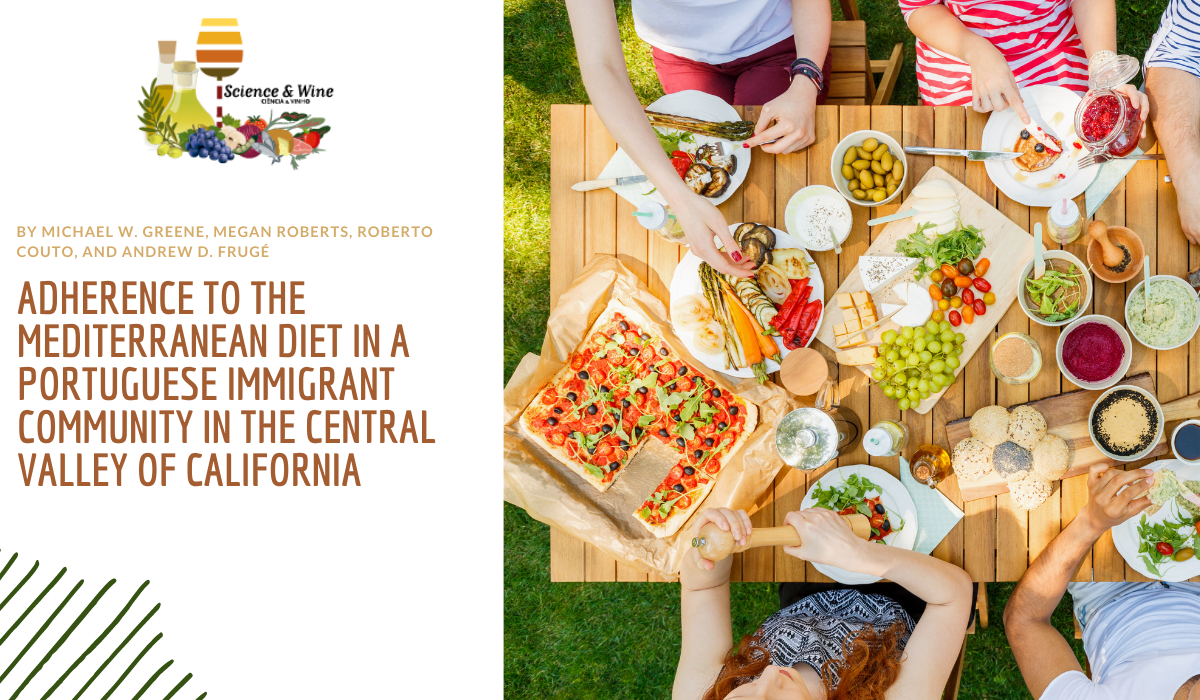