Research on the use of cold plasma in food technology has started relatively recently, making plasma the first-generation technology, which means that it is at its early stages of development. The studies conducted so far concern the efficacy of this method in the elimination of undesirable microorganisms from fresh products, juices, and some products of animal origin (milk, poultry, beef). However,the influence of this method of preservation on wine quality has not been analyzed before.

In order to prevent the negative effects of microorganisms on the quality of wine, methods of eliminating the undesirable microbes have been developed. Sulfur dioxide, which has decontaminating and antioxidant properties, is commonly added to wine to remove unwanted microorganisms. However, despite its positive effects, it can cause allergic reactions in some consumers, which is why the World Health Organization has introduced restrictions on its use. This has contributed to an increased search for new strategies to minimize or even replace SO2, but the problem of biogenic amines still remains unsolved.

Cold plasma is one of the most recent non-thermal methods used in sterilization processes. Reactive compounds are produced by subjecting a working gas to various electrical discharges such as barrier discharge and corona discharge. Importantly, in the context of cold plasma applications in the food industry, the temperature of the free electrons in the working gas is lower than that of the other particles, which directly results in a slight increase in process temperature. The decontamination efficiency of cold plasma in the context of food preservation depends on process parameters that need to be optimized.

Besides effective inactivation of microorganisms, wine decontamination methods should have a minimum effect on the physicochemical properties of the product and should additionally extend its shelf life. One of the most important wine quality parameters are alcohol, density, color, total sugars, total acidity, pH, organic acids, polyphenols. In cold plasma, reactive compounds, which are mainly responsible for the elimination of unwanted microflora, can also interact with product ingredients.

However, there is limited information regarding the impact of cold plasma on the final quality of alcoholic beverages, which means this problem is worth delving into. 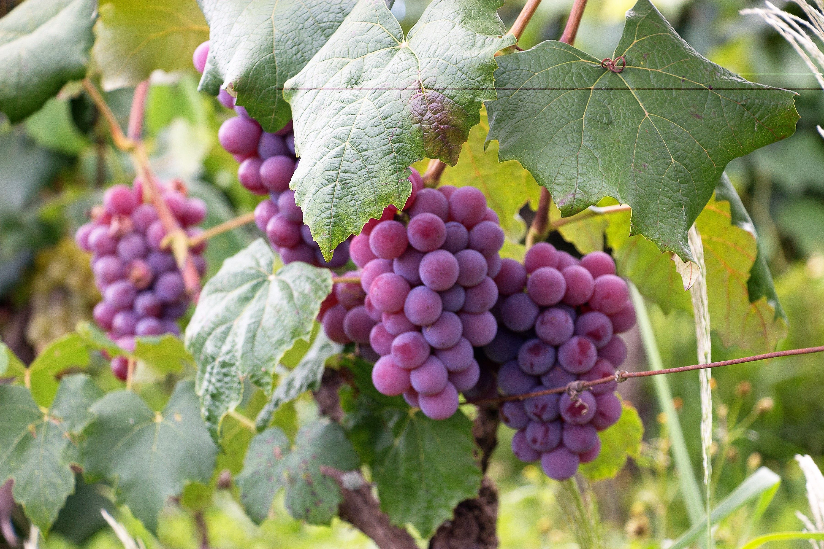 Wine is a complex matrix consisting of water, alcohol, carbohydrates, organic acids, polyphenols, minerals and aromatic substances. One of the most abundant and important groups of compounds found in wines are polyphenols. They are responsible for the color (anthocyanins), taste (tannins), and aroma of wines. Additionally, they show antioxidant activity, which makes them beneficial for human health. Besides health-promoting phenolic compounds, wines also contain biogenic amines, which may have a negative impact on human health. They are nitrogenous compounds that are mainly formed by the decarboxylation of amino acids, which in wine is the result of the activity of microbes such as yeast or lactic acid bacteria. The content of biogenic amines depends mainly on the concentration of amino acid precursors in a product’s matrix, but also on pH as well as alcohol and sulfur dioxide contents, which directly affect the growth of microorganisms. In addition, the presence of amino acid precursors is influenced by the grape variety, the geographical region, vinification methods, and the aging process. High concentrations of biogenic amines in the final product may cause undesirable physiological effects in the consumer, such as headaches, nausea or tachycardia.

The recent climatic changes have brought about alterations in the geographical distribution of areas used for viticulture. As a consequence of global warming, a significant increase in the area of vineyards and wine production has been observed across Central and Eastern Europe, including Poland.

Together with the team, we have carried out research on the effect of cold plasma on the phenolic composition and biogenic amine content of red wine. An additional objective of our work was to compare the effect of preserving wine samples using the traditional method (addition of potassium metabisulfite at 30 mg/L or 100mg/L) and a combined method (cold plasma and the addition of potassium metabisulfite at 30 mg/L) with the effect of cold plasma alone. Wine sample storage was also considered in our study. In addition, chemometric analysis was conducted to discover specific relationships between the different wine preservation methods and the content of bioamines and selected phenolic compounds.

W observed that cold plasma treatment caused a decrease in the total content of phenolic compounds in the red wine samples subjected to three months of storage. However, the application of cold plasma for 5 min with helium/nitrogen as the working gas reduced the content of these compounds by only 2.85 % compared to the control. Moreover, the content of phenolic compounds was 3.1% higher in the sample preserved by this method compared to the sample preserved by the addition of potassium metabisulfite at a dose of 100 mg/L. Additionally, cold plasma increased the content of phenolic acids in the studied samples. Importantly, the use of cold plasma resulted in a reduction of biogenic amines, which can cause adverse health reactions in the consumer. The highest degree of reduction was observed in the samples exposed to 10 min of cold plasma (helium/oxygen). Our results indicate that the influence of the storage process as well as the preservation method on the phenolic profile and the content of biogenic amines is not unambiguous and depends mainly on the chemical properties of the individual compounds. However, the reported effects of cold plasma and cold plasma combined with the addition of potassium metabisulfite on the analyzed compounds allow us to assume that in the future these methods can be successfully used to reduce the use of SO2 in winemaking.

Cold plasma may become an alternative method for the preservation of wine or other alcoholic beverages in the future, ensuring adequate product safety and preserving the pro-health values of these products. However, further research is needed to optimize the process conditions of cold plasma treatment. Appropriate optimization of the process (adapted to the type of product) will minimize the adverse effects on the product and thus allow the commercial application of this technique. Cold plasma has great potential as a new non-thermal food preservation method, but more research is needed to investigate the interaction of cold plasma with food ingredients.

See the original article for detailed information on this research published in Food Chemistry: 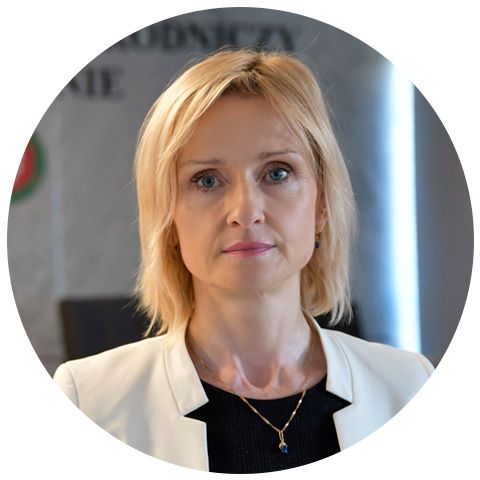 Magdalena Polak-Berecka, Ph.D, prof. UP (Assistant Professor) – A graduate of the Faculty of Biology and Earth Sciences of the Jagiellonian University, Cracow, Poland (1996), dr (2001), dr hab. in the field of biological sciences, discipline biotechnology (2015). From 2005 to the present, she is an adjunct at the Department of Biotechnology, Microbiology and Human Nutrition, University of Life Sciences in Lublin, Poland. From 2016 to the present, she is the vice-dean of the Faculty of Food Science and Biotechnology, University of Life Sciences in Lublin, Poland. Her interests and scientific achievements concern: optimization of biotechnological processes using statistical methods, physiological, biochemical and genetic characteristics of lactic acid bacteria isolated from various ecological niches, with particular emphasis on probiotic strains, preparation, biological activity of food compounds, the use of cold plasma technology in food preservation. She completed long-term scientific internships in Germany. Author or co-author of scientific publications with a total IF 93,882; Hirsch index according to the Web of Science database (WoS) 13. Author of 1 chapter in the book, 1 exercise guide for students, 14 congress messages, 2 patents. The main contractor for research projects funded by the Committee for Scientific Research and financed by the European Union. A reviewer of over 80 scientific publications addressed for publication in journals from the JCR database. Member of the Editorial Committee – Journal of Food Research (2015) and Reviewer Board member of Foods (2020). She teaches subjects in: general microbiology, industrial microbiology, food microbiology, genetic modification of industrial microorganisms, food biotechnology and medicines. Promoter 32 master’s theses and 27 engineering works. Supervisor of scientific internships at the Faculty of Food Science and Biotechnology. Scientific supervisor of two currently conducted doctoral dissertations. She is a member of the Polish Society of Food Technologists.