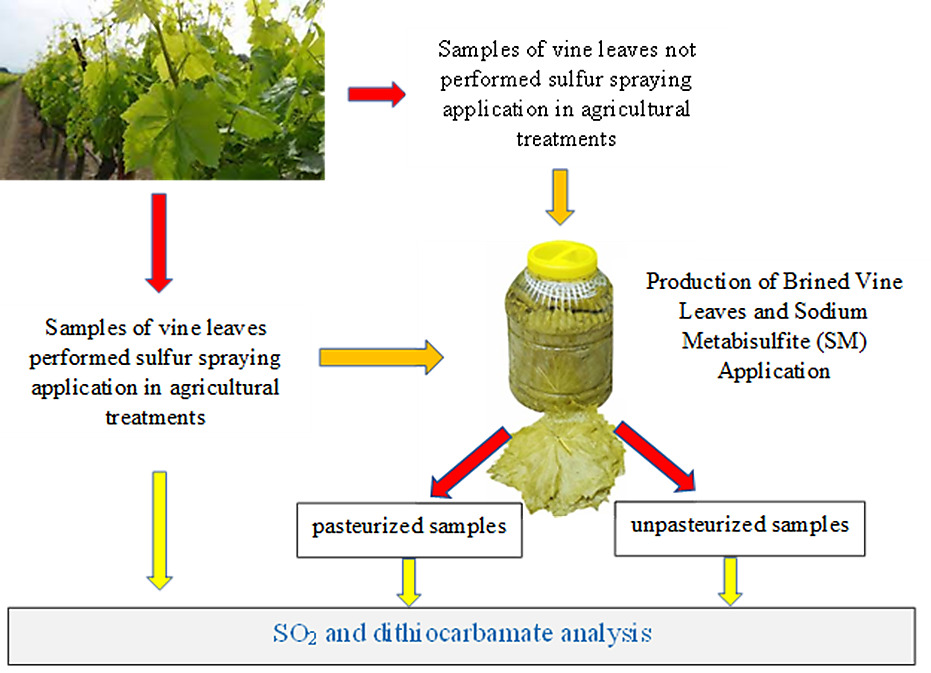 In Turkish culture and Mediterranean cuisine, stuffed vine leaves with meat and rice  (Turkish name ‘Yaprak Sarması’) is one of the important taste with a history. Sustainability of vine leaves (Turkish name ‘Asma’) production is very important for this unique taste that can be enriched with different ingredients. For this reason, ensuring food safety in vine leaves and keeping pesticide residues within acceptable limits are among the most important duties of the states. 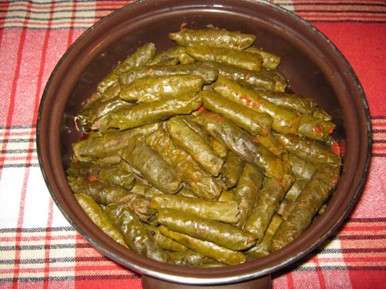 Dithiocarbamates are defined as the group name for maneb, mancozeb, metiram, propineb, thiram, ziram and the residue definition is expressed in terms of total CS2. A group MRL is regulated for the control of all pesticides in the dithiocarbamate group in the pesticide MRL Regulations since specific analytical methods could not be developed for all pesticides in the group. Dithiocarbamate analysis is based on the principle of measuring the CS2 released from dithiocarbamate by hydrolysis of the matrix with the gas chromatography (GC) technique. However, various scientific studies revealed that sulfur, which comes from the nature of agricultural products and is used as a pesticide or additive in the production of food, could be turned into CS2 during dithiocarbamate analysis, thus causing false positive results.

Sulfur compounds (e.g. sodium metabisulfite) can be used as additives to extend the shelf-life and provide colour development during the processing of the vine leaves after harvest. However, the use of additives is not standard and is not used by some food establishments. In our study, brined vine leaves were produced using sodium metabisulfite (SM) at a very low concentration (≤5 mg kg−1). According to our study findings, the effect of SM on dithiocarbamate results was limited since low concentrations of SM were used, but it relatively increased the average dithiocarbamate result. However, approximately 0.20 mg kg-1 dithiocarbamate result was found in the control samples of brined vine leaf without SM. This result was associated with the sulfur compounds in the drinking water and salt used in the production of brined vine leaves.