While there is a tremendous literature on the topic of wine and health ranging back to the days of Hippocrates, it is considered that there is an unlimited variety of wine, allowing the association of senses, nutrition, and hedonism. The history of vine and wine has lasted for at least 7000 years. Vitis, an adaptable plant, thanks to a large variety of strains; wine is an alchemy with unique properties; a rich and original composition in terms of polyphenols, and well known anti-oxidants. This explains why wine and health are closely linked to nutrition.
In terms of biochemical mechanisms, vine like other plants produce numerous non- energy compounds, called secondary metabolites (e.g., flavonoids, polyphenols), in order to adapt their defences against often unfavourable environment (biotic and non- biotic stresses), Interestingly, in humans and in the animals kingdom these microconstituents provide similar valuable bioactive properties for essential cell and physiological function (signalling, gene regulation, prevention of acquired or infectious disease, etc). These compounds have been selected through evolution and are generally preserved in all living beings. For instance, resveratrol that plays an essential role in vine plants as elicitor of the natural defences has been shown to be a protector of health in humans. It could delay, or even block, the appearance of predominant diseases such as atherosclerosis b protecting low-density lipoproteins from the oxidation, but also diabetes and cancer. 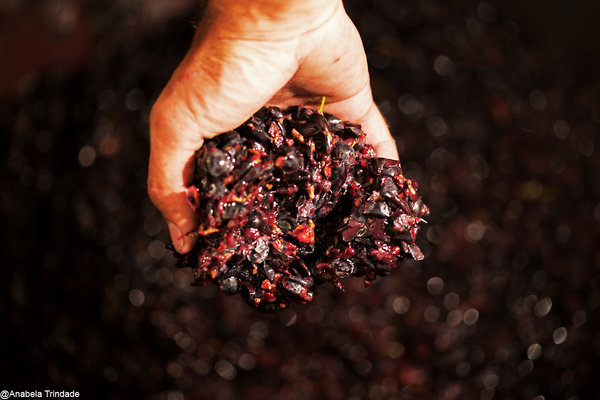 Grape, fresh or dried, is a widely consumed fruit by large human populations, as also its by-products, like grape juice and wine, even extracts of vine leaves and shoot use. They contain vast and highly varied quantities of polyphenols as protective micronutrient. Wine, provide unique polyphenols: for instance, resveratrol, procyanidines and monophenols such as hydroxytyrosol and tyrosol.

The research supports the idea that wine, a natural biological product, if consumed regularly, but without excess, possesses preventive properties, not only its well-known properties against vascular diseases (illustrated by the so-called French paradox) but also may prevent infections, decrease inflammation, delay neurodegenerative diseases. The question about cancer is still open. Despite the huge amount of data on this topic, there is still gray areas and uncomplete knowledge concerning the effects of wine on human physiology (cardiovascular, aged linked neuro-disorders, behavior and s.o.); the effects of polyphenols as wine anti-oxidants and as signaling molecules; and from a humanity point of view, the tasting properties of wine. This is why it is important to bring wine to a better view especially through the policy makers, the medical world and the vectors of image in order to explain the rational and the philosophy with respect to ethics and the public health.

In 1998 he launched a new challenge on the preventing role of vine polyphenols especially resveratrol, against age related pathologies: cancer, inflammation cardiovascular. He was one of the first to explore resveratrol transport and metabolism (2004), its pro-apoptotic properties (2004), discovered a new resveratrol signaling pathway through micro RNA’s modulation (2010). In 2012 in a clinical study, he showed, with Dr. Jean Pierre Rifler, co-guest editor of this present issue, that a moderated consumption of wine can be proposed as a secondary prevention of heart infarct patients. In 2014 he showed a preventive effect of wine polyphenols towards colon cancer in mice model. He organized several and workshop on wine and health (Beaune, Hyeres in Provence, Crete (forthcoming). Recently he served as editor or co-editor of « Molecules » two special issues: Natural products and inflammation (2016) and Improvement of resveratrol efficacy (2017). To date, he published near 170 international papers and has given more than invited 140 lectures. In 2017 he conducted the edition of a book deal on wine and Mediterranean diet (EUD editor, Dijon). N. Latruffe is (or past) expert member of several evaluation councils (CNRS, AFSSA, AERES, CNU, Cancer League, UE…). He is member of the orientation council of the prestigious UNESCO Chair « heritage and traditions of wine». He awarded several distinctions (Prize at the 16th Oncology and Molecular Medicine at Rhodes, laureate of the APICIL foundation for pain, medal of the « Palmes Académiques », associated member of Academy of Sciences, Art and Litterature, and s.o.).