Viticulture is an area of global interest due to its long and glamorous tradition, to fascination that wine exerts on consumers and, last but not least, to the gains it provides. We find the same profile of viticulture all over the world: the clean green carpet of plantations in the summer and yellow-golden in the autumn; the ruby wine flashing in the crystal glass seen in the light of the candle; the nobility of the label and the elegance of the bottle bearing the mark of the waiting years in the timeless cooler of the cellar. These are the things that fascinate us all and bring us together in the deep knowledge of its components: vine, vineyard, wine cellar, wine.
My research field is, of course, Viticulture, in which I have focused my attention over the past decade on the analysis of viticultural potential of geographic areas at the fine scale. If our initial interest was to reveal the spatial distribution of viticultural potential in order to optimize wine grape varieties zoning, in the recent years interest has also focused on studying the impact of climate change on wine-growing areas. The methodology developed by us, based on multiannual data characterizing traditional wine-growing regions in the temperate continental climate area, helps us today to identify the changes caused by climate change in the specificity of the old wine-growing regions and also to identify new areas with viticultural potential appeared a result of climate change.
Research on the evaluation of viticultural potential and on distribution of homogeneous viticultural zones into wine-growing regions has brought the interest of wine growers and wine producers. They are interested in making such studies on their own vineyards, in order to use results for the optimization of zoning winegrape varieties and also for optimization of vineyard management. The results of such studies have been published in specialized journals, among which the Journal International des Sciences de la Vigne et du Vin of Bordeaux University is the most honorable for us. The approach was so effective that today the development of such a study and the implementation of its results in one of Romania’s wine-growing regions are funded by a government grant. 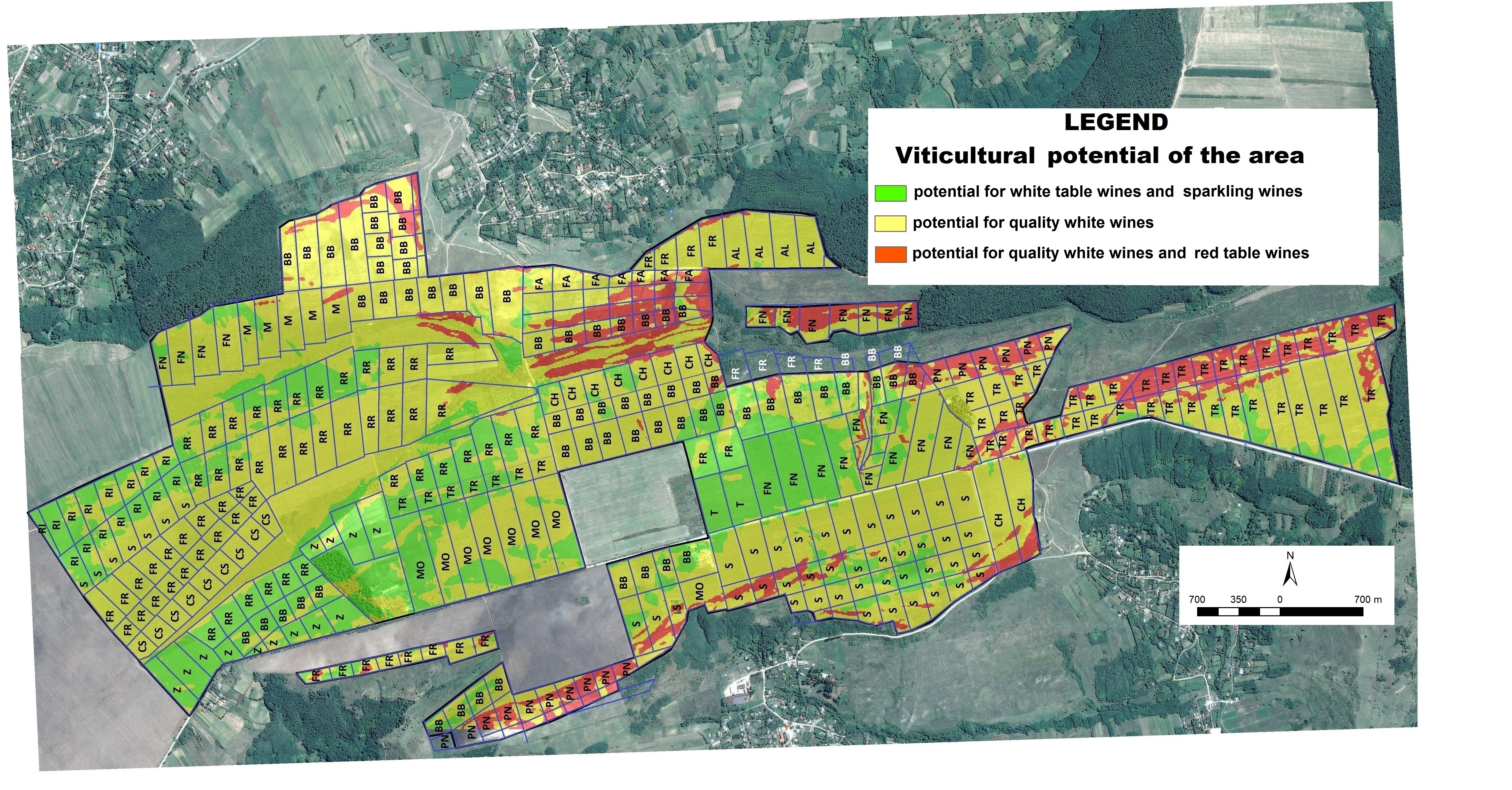 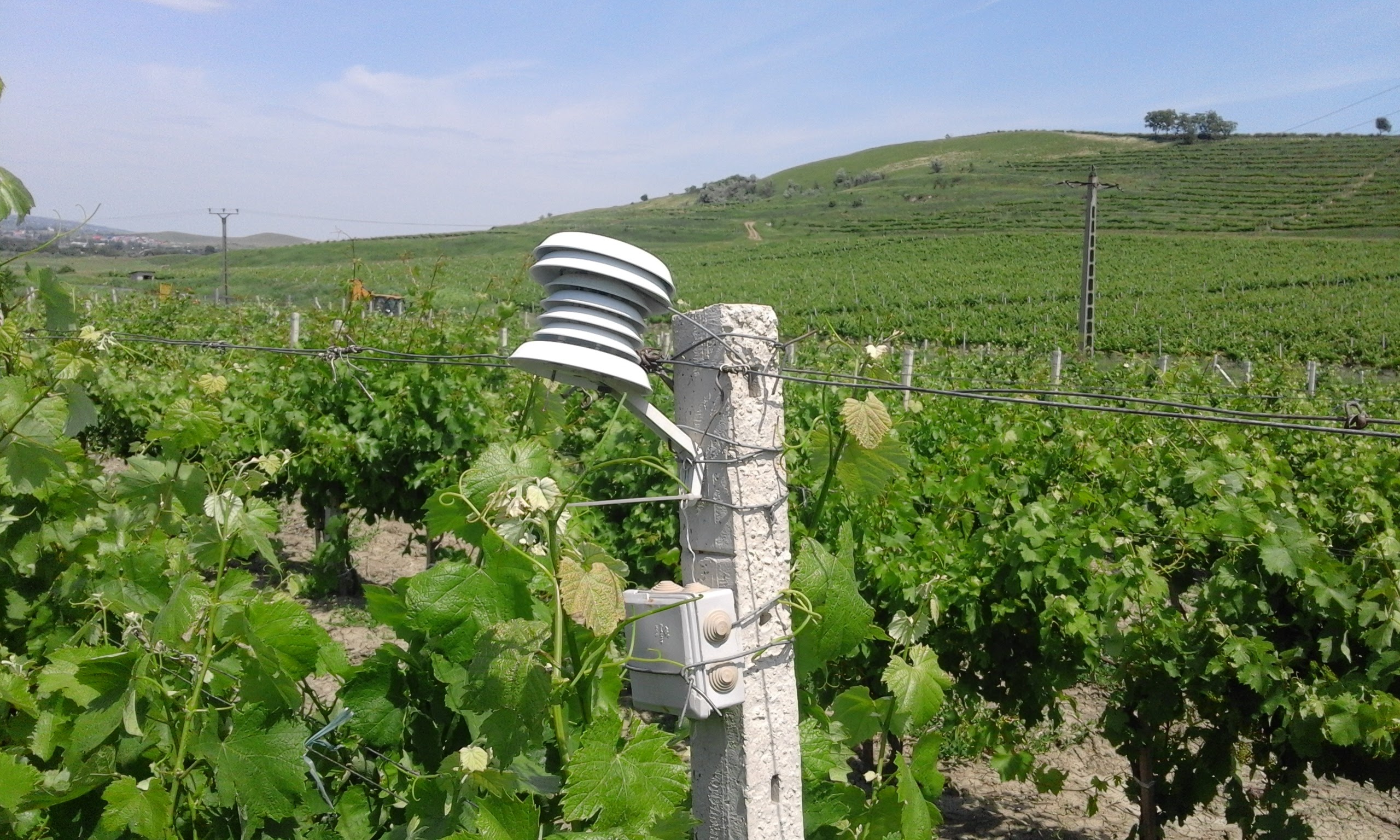 Our research fits into global concerns about the impact of climate warming on viticulture (Hannah et al., 2013, Moriondo et al., 2013, Malheiro et al., 2010) and is reflected in studies on changes in climatic suitability for viticulture at the vineyard’s fine scale, such as the study regarding the Cotnari wine-growing region, as well as on at regional scale, such as the study on changes in Romania’s climate suitability for viticulture. Romania is one of the world’s largest wine-producing countries, the fourth largest as viticulture surface in Europe, and its millennium-old viticulture is representative of the ecological diversity of vineyards, technologies, winegrape varieties grown and types of wine production practiced, for the entire area with temperate continental climate.Given our studies and interests, we collaborate today with scientists from different countries to study the impact of climate change on viticulture and starting with 2014 we participate in the European Life ADVICLIM project coordinated by Rennes 2 University (France), aiming to adapt European viticulture to climate change. Pilot sites of the ADVICLIM project are located in some of Europe’s most important wine-growing regions, namely Bordeaux, the Loire Valley and the Rhine Valley, plus the well-known Cotnari wine-growing region in Romania and the new Sussex Rock Lodge vine area in the southern England. The evolution of the climate of the five wine-growing regions is permanently monitored by field sensors that transmit real-time data and allow, by their location, the fine-scale characterization of the climate of the vineyards and the changes that they suffer as a result of climate change. Our latest article presents the results of a study on the impact of climate change on the climate suitability for viticulture of the Cotnari wine-growing region from Romania. It is the first study in the field of viticulture climate which reveals the size of the spatial shifts occurring as a result of climate change at the vineyard scale and of the way it produces. The study shows that climate suitability for viticulture has a multi-level spatial structure and as a result of climate change, the class at the higher altitude in the area, allowing white table wine and sparkling wine production, moved above about 70 m. In the same time, in the lower area of the Cotnari region climate suitability for red wine production appeared, a new type of wine production for this northern viticultural area traditionally specialised in white wine production. It is also the first study revealing the changes in wine types production, as well as the need to adapt the winegrape varieties and their location in the area. The results provide a virtual picture of changes caused by climate change in any current viticultural area, the evolution and consequences being determined by the specific climate of the zone within which the vineyard is located. The research also concluded that the higher the altitude in the wine-growing area, the higher its possibility to adaptat to climate change, due to the possibility of shifting the climate suitability classes on elevation. Conversely, the lower the altitude, the lower the adaptation capacity of the vineyard area, it being covered successively by a new and unique class of suitability, up to exceeding the thermal limits for the production of quality wines in the area. 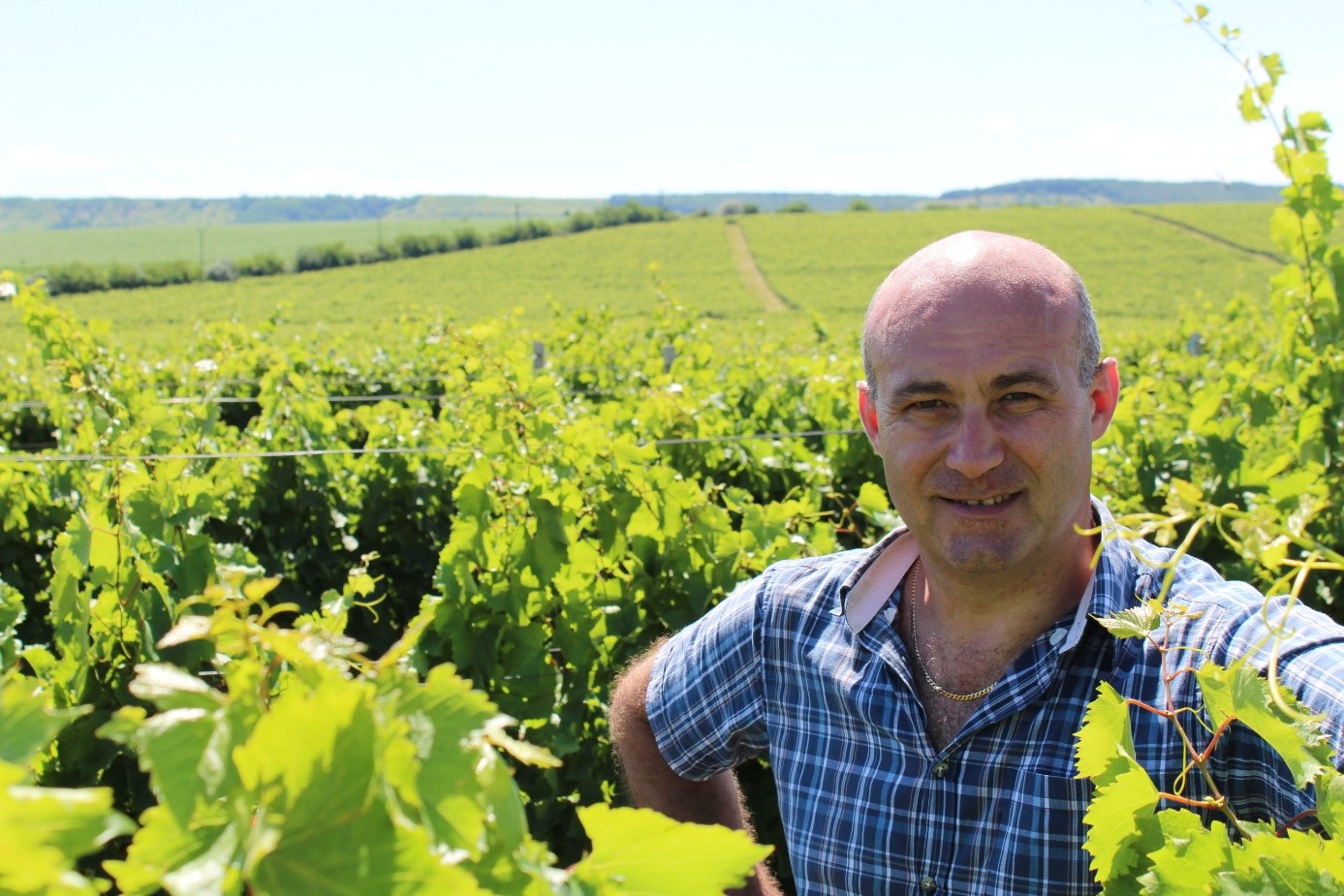 Liviu Mihai Irimia is an Associate Professor at the University of Agricultural Sciences of Iasi (USAMV, Iași, Romania), Department of Horticultural Technologies. His entire professional career is related to Viticulture, starting with the fact that he originate in an important wine-growing region of Romania (Husi wine-growing region) and completes his current activity as a researcher and professor in Viticulture.

His expertise in Viticulture is a mix of in-depth knowledge gained through study, practical experience, scientific research and professor over 23 years (1994-2017). Graduate of the Faculty of Horticulture in Iasi USAMV (1994) with a license in the study of new Romanian grapevine varieties; manager of a vine plantation of 100 ha between 1994-2002; student of Bourgogne University (France), Institute Universitaire de Vigne et du Vin Jules Guyot (2005); PhD in Viticulture-Oenology at USAMV Iasi, Romania (2006); assistant professor and later lecturer in Viticulture – Ampelography at the USAMV Iasi, between 2002-2012; researcher in Viticulture with expertise in the study of vine training systems, GIS-based analysis of wine-growing areas and viticultural climatology.
Collaborator of CNRS France (LETG COSTEL) in the research projects JC 07-194103 TERVICLIM (2008-2012) and GICC-TERADCLIM (2011-2013); responsible for the USAMV Iasi (Romania) partner in the European project Life ADVICLIM (2014-2019) coordinated by Rennes 2 University (France); Director of the 7BG / 2016 AVEVINPERFORM (2016-2018) research project of the UEFISCDI Romania. Member of the Chaire UNESCO “Culture et Traditions du Vin” of the University of Bourgogne (France), from 2012 and member of the Romanian Society of Horticulturists from 2006. National prizes for scientific articles 2015 and 2016 and OIV Mention (2015) as co-author of the book Changement climatique et terroirs viticoles, Ed. Lavoisier Tec & Doc (France). Author of about 60 scientific papers in the field of Viticulture and of the book Biology, Ecology and Physiology of the Grapevine (2012). As a researcher, Liviu Mihai Irimia collaborates currently with personalities of world viticulture from France, Germany, England, Spain, New Zealand and USA, mainly in studying the impact of climate change on Viticulture.